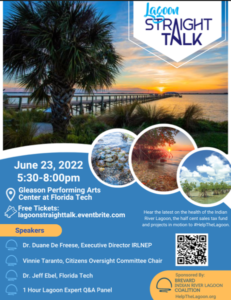 If you cannot attend in person, stream the event live here!

Listen to the latest on the health of the Indian River Lagoon, the half cent sales tax fund and projects in motion to #HelpTheLagoon. The event will consist of short presentations from three speakers and a 1 hour Q&A panel consisting of Lagoon experts. Register for the event here.

View our past Straight Talk Events:

Learn more about our speakers for this upcoming Straight Talk event: 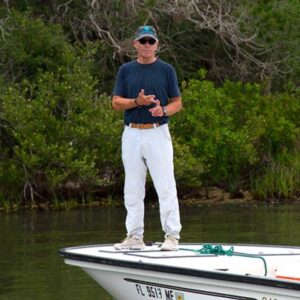 For over 3 decades, Dr. Duane De Freese has been a champion of science-based, common-sense ocean and coastal conservation in Florida. He is recognized for his ability to “see and communicate the big picture” by integrating environmental, economic and social considerations into a vision for Florida’s future. Duane has been one of Florida’s leading advocates for greater leadership and participation from the business community in ecosystem conservation and community development.

Duane helped to secure U.S. EPA National Estuary Program designation for the Indian River Lagoon (IRL) in 1990. In September 2015, his career came full circle when he was named Executive Director of a new independent special district of the State of Florida (IRL Council) that now serves as the host of a reorganized IRL National Estuary Program. In this new role, Duane is working with federal, state and local government agencies, scientific research organizations, academic institutions, elected officials, industry and the general public. The goal is to develop a restoration strategy for one of the nation’s most threatened coastal ecosystems.

Previous career experience includes serving as the first program director for the acclaimed Brevard County Environmentally Endangered Lands Program (1991-1998); first Vice President of Florida Research for Hubbs SeaWorld Research Institute (1998-2008); and Senior Vice President of Science & Business Development at AquaFiber Technologies Corporation (2009-2015). In 2008-2009, Dr. De Freese was appointed by the Dean of the College of Sciences, University of Central Florida to create a long-range vision for a multi-disciplinary center for coastal research and technology development in conjunction with an expanded UCF coastal & sea turtle research center located within the Archie Carr National Wildlife Refuge. Duane currently serves on the Board of Directors for the Florida Ocean Alliance (Vice-Chair) and as a Governor-appointed board member for CareerSource Florida Inc. Duane has been honored with numerous awards of recognition during his career. In his spare time, Duane is an avid surfer, traveler and waterman 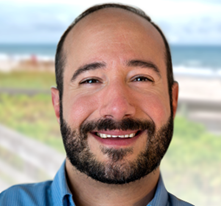 Vinnie was born and raised in Brevard County and is the founder and CEO of Media‐Over‐Matter Productions, a multiple award-winning media production house. Nearly a million people and counting have seen his company’s projects worldwide. He ran the IT department for the Dean of Students Office at the University of Florida for ten years, received national grants focusing on computer usability and created a TV show based on computers and technology called “Campus Tech TV”.

A graduate of Leadership Brevard, he is a past recipient of LEAD Brevard’s 4 Under 40 and serves on the board of LEAD Brevard. Vinnie Taranto was voted chairman of the Citizens Oversight Committee for the Brevard County Save Our Indian Lagoon Program in 2021 and renewed in 2022. He was one of the original members starting as the Technology alternate. 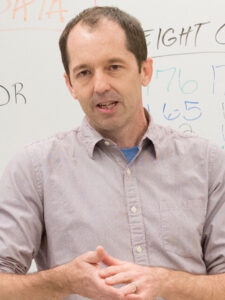 Dr. Jeff Eble is a Research Assistant Professor at the Florida Institute of Technology where for the last three years he has worked to help improve understanding and conservation of marine ecosystems. Most recently, Dr. Eble has served as the project coordinator for the state-funded Restore Lagoon Inflow Research Project which aims to investigate the feasibility of using enhanced ocean water exchange to reduce nutrient loads and improve water quality in the Indian River Lagoon.

Dr. Eble's presentation will provide an overview of the ongoing Restore Lagoon Inflow Research Project with review of preliminary findings and proposed plans for a small-scale, temporary demonstration study to directly investigate the impact of enhanced inflow on nutrient cycling and water quality.

We would like to give a special thanks to our sponsors, Atlantic Environmental and Neal Johnson.