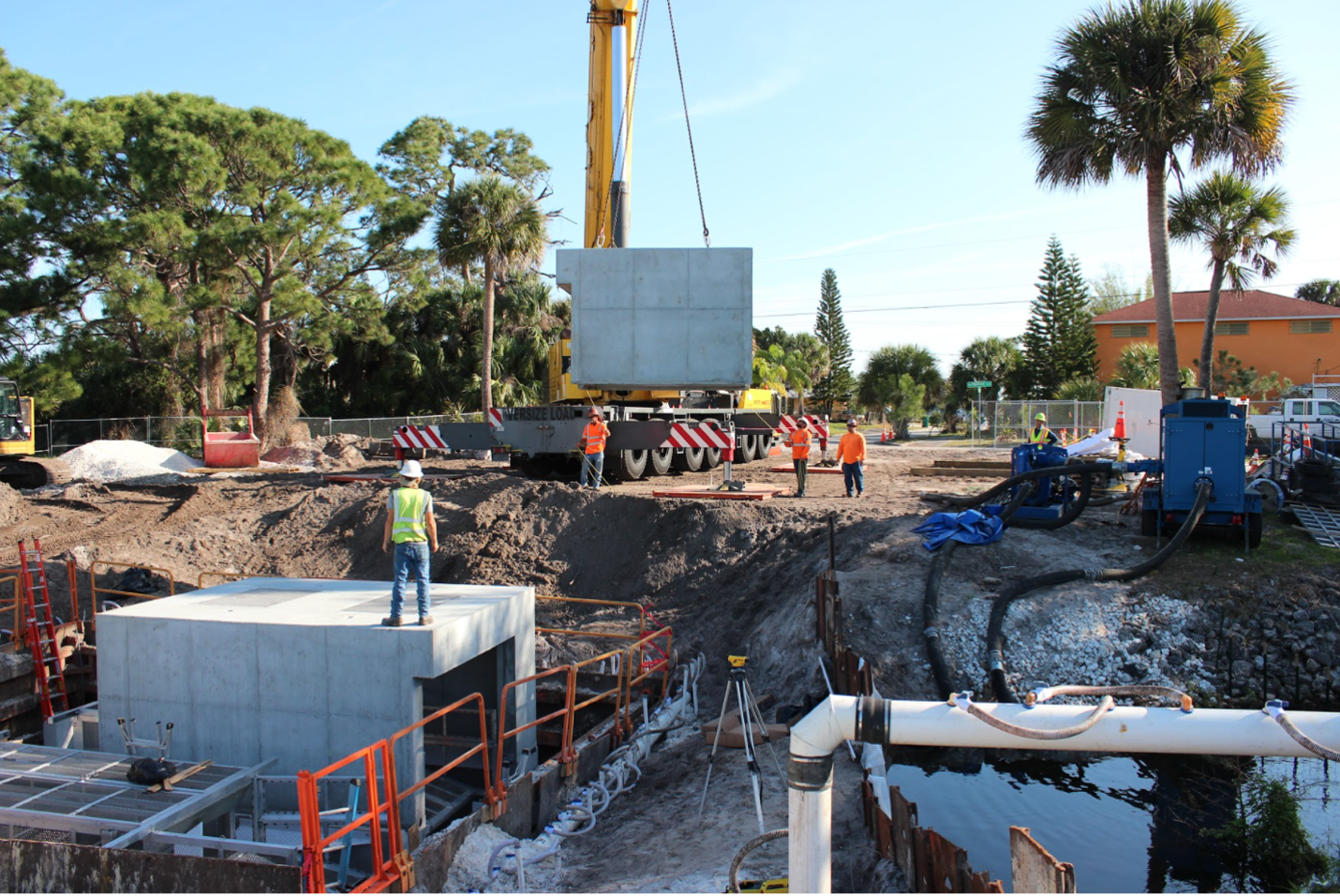 (vieravoice.com, May 2021) The fifth year of the Save Our Indian River Lagoon (SOIRL) Project Plan was approved by the Brevard County Commission on Feb 9th. The same plan? No! Each year the Plan is carefully revised to account for progress and for new information and approaches that make it more effective. 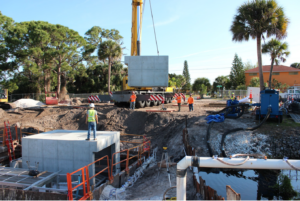 Cliff Creek baffle box being constructed to reduce nutrients into the Lagoon–one of 94 projects completed and in process under the SOIRL Plan.

However, the core of the Plan remains the same:

So, how’s it going? Real progress, and more to do!

Analyses show that the Total Nitrogen (TN) entering the Lagoon must be reduced by approximately 787,000 #/yr and the Plan identifies projects that should achieve more than 1.2 million #/yr.

It takes time to contract, permit, and complete projects but 94 have already been completed or are under contract that should reduce TN entering by 67,700 #/yr.

Additionally, the Plan calls for removing millions of yards of muck that should reduce TN entering the system by some 692,000 #/yr, 3 of these dredging projects have been completed, 2 are underway and 13 more are in process.

Restoration projects are underway as well. 8,520 sq ft of oyster bars have been built in the Lagoon thus far and the great majority are growing. More than 3000 ft of living shoreline has also been built. More of both are planned. Recently, a possible “Super Clam” species was identified that seems able to grow even in the Lagoon’s stressed waters. The biological allies will ultimately filter the entire volume of the Lagoon annually.

Learn more about the Plan by attending the public Citizen Oversight Committee meeting, the third Friday of each month (http://www.brevardfl.gov/SaveOurLagoon/CitizenOversightCommittee) and get involved by visiting: www.HelpTheLagoon.org.

Read the latest on the health of the Indian River Lagoon, the tax fund, and your questions answered by people in the know.  Facts backed by science.